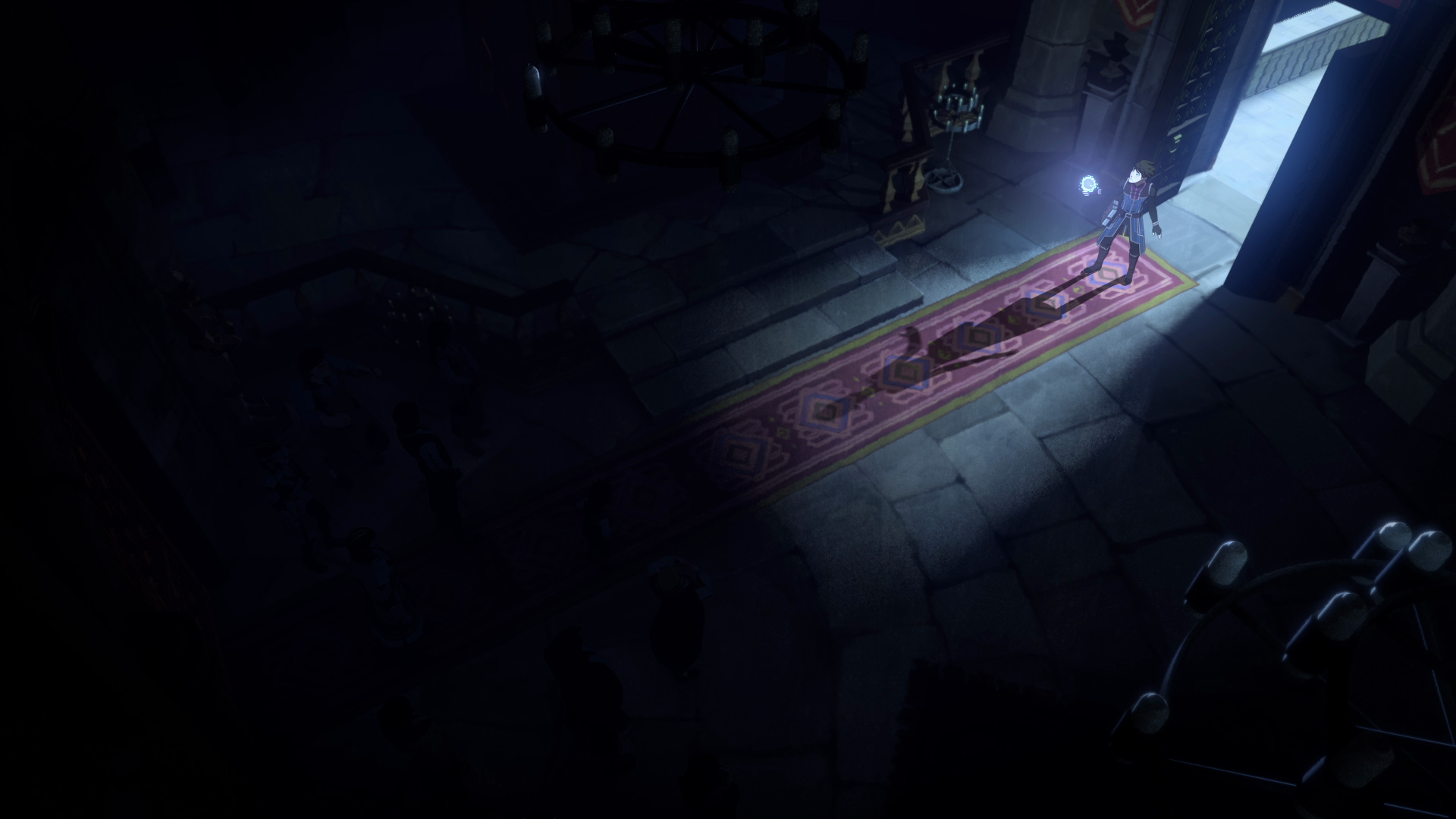 You asked, we answered.

Learn more about the making of The Dragon Prince saga with this full transcript of the LIVE Q&A portion of our official panel at San Diego Comic-Con 2022!

Q: After every season, are you going to keep making graphic novels to explain what might happen, like Through the Moon?

Justin: (cheekily) We’ll keep making graphic novels as long you guys keep buying them! But, seriously. We love graphic novels, we love comic books, we love other forms of storytelling besides the show, so absolutely. In fact, there’s one out, that just came out: Bloodmoon Huntress. There’s one coming out next year called Puzzle House, which stars Claudia. And then we have more planned for the future.

Q: How far in advance do you plan the storyline? Do you have several seasons lined out, or do you do it season-by-season?

Aaron: There are some things that we planned six years ago that we won’t see in the show for two more years. And there are some things—little details that we kind of figure out and moments that we flesh out as we go. So, it’s a mix. There’s definitely a plan, but there’s also an incredible writing team, which is led by Devon Giehl and includes quite a few folks that are with us in the room today (Iain Hendry, Eugene Ramos, Michal Schick, and Paige VanTassell) plus a few who aren’t (Joe Corcoran). They’re a phenomenal team of writers. And we also work with incredible storytellers within Wonderstorm and at Bardel Entertainment, and with our voice actors. So, there’s a lot of conversation, a lot of digesting, and building, and testing things, and stretching them, and pushing them. So, yeah, the answer is: A lot is planned, and a lot takes the full team to bring to its final full, beautiful version.

Q: This question is from Twitter and is for Racquel. Is there something specific you really like about Claudia?

Racquel: This is not a spoiler, but I like that Claudia is just taking whatever is happening to her like a champ. I like, oh…just so many things. I think that Claudia is in for it, and that’s my favorite part of her right now. I don’t know. She’s cool, she’s fun, and now she just gets to be more of a person. Not that she wasn’t before, but we’re going to see so much more [this season].

Q: This is for anyone who wants to answer it, but: So far, what was (or what’s been) your favorite bit or episode?

Justin: I really loved working on Season 3, Episode 9. There was just so much cool stuff that we got to do in that episode that we couldn’t do previously, because we’d been building up to it. I thought it was awesome.

Devon: (cheekily) I liked the one with the Moonshadow elves in it. But Season 3, Episode 3 was my favorite thing I’ve ever written—for a whole bunch of reasons. It’s very close to my heart and I’m excited to write more Moonshadow elf stuff in the future. Aaron lets me; he’s cool.

Jack: I really like the Dark Magic Callum / Dark Magic coma arc. I thought that was really fun. There was so much stuff that I really enjoyed exploring there.

Villads: We just saw the Terry introduction, and everyone’s loved that scene who’s seen it. We hope you all liked it, but I think it turned out really fun.

Q: What is that secret sauce that takes the episode, the season, and the show itself to that next level. What is the magic that is bringing this show to an iconic status?

Justin: I’m going to let Aaron answer seriously, but: coffee and lack of sleep is my answer.

Aaron: So, there are two real answers. One is that there is a combination of building an epic world—with magic, and dragons, and fantasy, and cool stuff that you love—and also characters who are real, and true, and funny, and warm, and struggling, and facing challenges and obstacles, and being as true to those challenges and obstacles as you can. So that’s sort of a general overview of “Hey, fantasy stuff, character stuff.” And the next part is inviting incredible people into the process, and their creativity and love and passion for these characters and this world, and building it together. So, that’s the real answer. That’s the best answer I can share.

Jack: I know I was joking about haircuts earlier, but I do actually think that the energy that says “let’s give these characters haircuts” is what is driving these types of shows to be what they are. It’s like you’re thinking…”How do [these characters] change? How do they evolve? They’ve faced new obstacles; they’ve grown from them, they’ve changed from them. Let’s…give them a haircut! And let’s also evolve them emotionally!”

Aaron: I feel like we should write a blog about the haircut philosophy as great storytelling because I think there’s some truth to what you’re saying.

Q: What were your influences and inspirations for Bait, and was he based on anyone’s pets?

Devon: When we were first making the show, one of the artists who helped us out really early on with the first iteration of our core cast members—who, at that point, were only called “Elf Girl, “Mage Boy,” and “Prince”—had drawn the “Prince” (which was Ezran) with this chameleon-looking thing on him. Around that same time, I’d got a gecko pet, and my gecko pet is named “Smunch.” He’s a crested gecko—they’re really easy to care for, I’d highly recommend them as pets—and he’s got this extremely vacant expression but is also very…grouchy? I don’t know. Then we happened to watch this video about frogs in the desert that make a really funny noise. So, it was, like, my gecko, plus this frog, but he can also…flash. Oh! And also some Grumpy Cat. There’s just a little bit of that completely unphasable, irritation energy to him. And that’s it! That’s Bait. We drew him on a white board, and he, like, barely changed from minute one.

Justin: Side note: Bait, in all of the boards, is often times just a circle, which is hilarious.

Q: This one is also from Twitter. Is there a theoretical limit to how many hot dads you can squeeze into the show?

Justin: And the answer is no. There’s not. There’s no theoretical limit. We’ll just keep going.

Devon: How many will you let me create?

Justin: Exactly! At what point are we going to cut Devon off?

Q: I was from wondering, from everybody—whether it’s behind-the-scenes or from maybe voicing a character in the show—what is like to be part of such an immersive story?

Jack: I’ll say it’s a genuine treat to get to crack a script and know, like, okay we’re going to push forward each episode and something new is going to happen, something’s going to evolve, and I need to be constantly updating my concept of this character. I need to take everything with me from each episode and make sure I’m carrying this character forward. Not just going like, “Right! I know who Callum is. Just crack the script, say it in the Callum voice. Done!” And it’s just really exciting to know there’s work that’s being asked of you that will be rewarded with…rewards.

Racquel: I agree with everything Jack said. I also love that there’s this trust from the writers and the creators. It doesn’t happen a lot of the time. Normally, you get a script, and you do the thing. But this is cool. You’re kind of, like, on the journey with the character, holding their hand. You learn a lot. It’s very cool. This has been a very cool experience.