In the fading warmth of Janai’s royal tent, the Prince of Lux Aurea circled the golden soul candle on the floor before him. Its wax smelled of yellow plumeria—Khessa’s favorite. The candle was meant for her, after all: once lit, the flame would burn all through the night and guide the fallen Queen’s soul back to the Sun.

He could not light it yet, though. Not without his sister. Everything was ready, except for Janai.

When the tent flap finally swept aside and Janai strode in, she was dusty and gleaming with sweat. She had been training—and avoiding him. Avoiding this. “You’re late,” Karim chided.

Janai didn’t meet his eyes, looking instead at the soul candle. “We are both late, Brother. The candle must be lit on the night of death. Khessa died weeks ago.”

Karim’s chest tightened. “It is never too late. We must honor our traditions, now and always! They are the light that will guide our way out of this darkness.”

Janai spoke with a brutal honesty that cut him like a blade. “Her soul – it is lost.”

“No. It merely waits, Sister. It waits for us,” Karim urged. “We must guide her back to the Sun.”

Janai met his gaze. Finally, she nodded. “Then let us begin.” 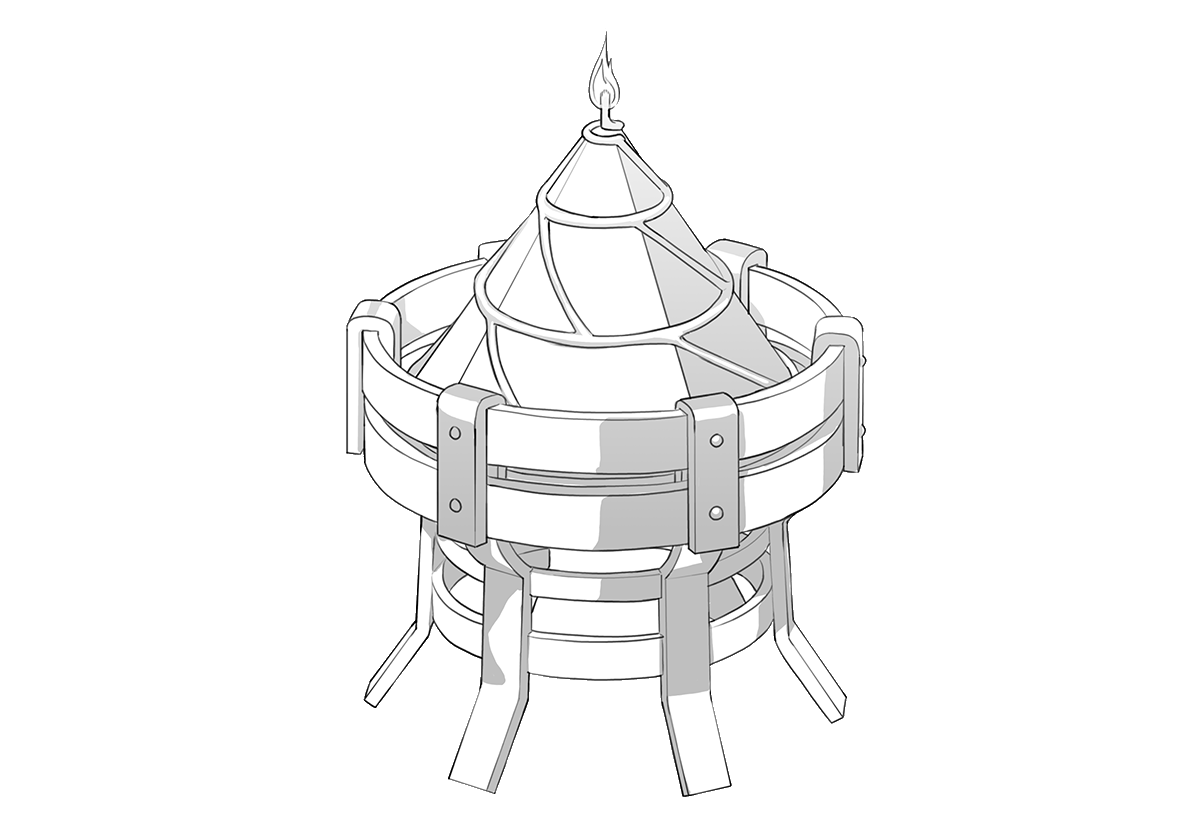 They painted each others’ faces. They hummed, their voices one. Then, together, they knelt before the soul candle, solemn and silent. With a touch of his fingertips, Karim sparked the spirit flame alight, and its brilliant glow reflected in their eyes. Wisps of smoke drifted up through a gap in the tent’s canvas above and out to the dusky sky. They would watch the candle burn until sunrise, and together, they would remember their sister. Their Queen.

Karim waited for Janai to speak first, as befitted the elder sibling. When she did not, he broke the silence instead. “Khessa. You were Lux Aurea’s guiding light.”

His sister shifted, uncomfortable. “You were our guiding light,” she told the flame. “Our family’s warmth. I will miss it.”

“With every Sun’s rise, we will feel it again,” Karim assured her. “May it reveal the shining path of her wisdom to you, Janai. May you walk in its radiance–”

Janai grumbled under her breath. “Are we here to speak of Khessa, or me?”

Karim breathed deep. He focused. He had to reach her—not as his sister, but as the new ruler of Lux Aurea. “Janai. When you look in the mirror tomorrow, you will behold a Queen. Your people will expect you to have plans for our future.”

Her expression softened. “I have plans, little brother.” Karim waited a long moment for Janai to speak—but instead, she grinned wickedly and pushed herself to her feet. “Tonight, I plan to honor Khessa with her favorite dance!”

She fetched two pairs of finger cymbals from a small chest and offered one to him. Karim hesitated—but this was tradition, too, and he could not resist. He tapped his cymbals against Janai’s as she hummed the first notes of the Prominence Promenade. They danced swiftly, twirling past each other so their brass instruments jingled and clanged, until they spun to a flurried finale of chimes and caught their breath, laughing together. 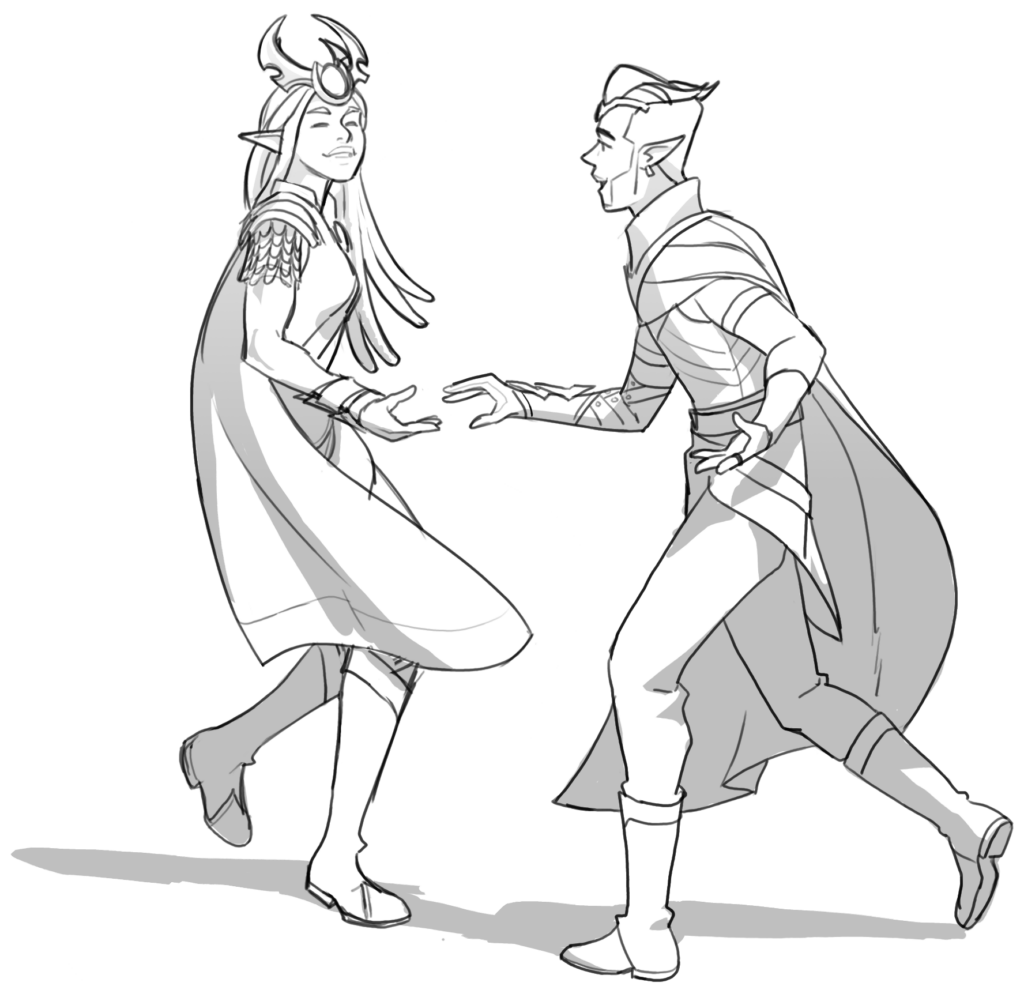 Karim held out his red-gloved hand. Janai took it.

They knelt side by side before the flame. It was easier, then, to speak and sing. Their voices rose in harmony with Khessa’s favorite anthems and melodies. They told stories over the candlelight, reminiscing on a childhood of scorchberry scones, sunbeam tag, and hotcat races. They honored their sister. Missed her. Loved her, one last time.

Finally, all words were spoken. Dawn kissed the tent’s apex, and the soul candle’s flame turned gold, then white. Its last glimmers spiraled upward and vanished.

“She has returned to the Sun,” Karim said. In his heart, he knew it was true. He wiped his tears, squeezed Janai’s hand, and rose. “Come, Sister.” At the tent’s flap, he nodded toward the steady light on the horizon. “The Sun in its course, and we in ours.”

Janai lifted her chin. A new light reflected in her eyes, and Karim beheld her as Queen. He bowed his head, waiting for her words.

“Breakfast?” she offered. “It’s the most important meal of the day.”