Let me tell you a story.

Long ago, the first humans of Xadia looked to the stars and begged for their wisdom.

Naked, starving, magicless wretches that they were, the humans longed for more than the black mud beneath their feet. More than the crumbs upon their tongues. More than the blood on their hands, rough and blistered by struggle, by the viciousness of their world.

They turned their gazes to the sky. They reached upward.

And from the heavens the humans were granted their first lesson: patience.

It was not a lesson spoken aloud. It was not whispered, nor written, nor dreamed. It was a lesson learned in silence—in absence—for the stars said nothing at all, cold and far away in their darkness. The stars simply winked, as though they kept their secrets behind nothing but a smirk and a bitten tongue.

And so the humans learned to wait. They stared into the inky black above, patiently waiting for the stars to share their knowledge, their guidance, their brilliant light—and one day, the heavens finally reached for them.

They believed, then, that the secrets of the world would open to them, ripe for the taking; they believed their time had come at last. And though it would take time—for the churn of the cosmos works in ways they could not yet fathom—humans would come to build great cities and fell great foes. They would thrive. But the stars kept from them one secret still: that their first lesson—patience—was not a gift of the stars at all.

You see, patience is a lesson the humans taught themselves.

The stars, after all, had no interest in the lives of mortals. The stars are arrogant, blinded by their own incandescent light. As though nothing else in all the universe could burn so brightly, so beautifully!

As though nothing else could be so cruel!

But I have heard the lesson of the humans.

I know the patience of a prisoner.

I have not seen the stars in centuries. But when I see them again—when the stars are forced to look upon me, their dark brother—they will know how I have waited.

And when everything they have built lies shattered, I will savor their fall from the sky.

For I have been patient. 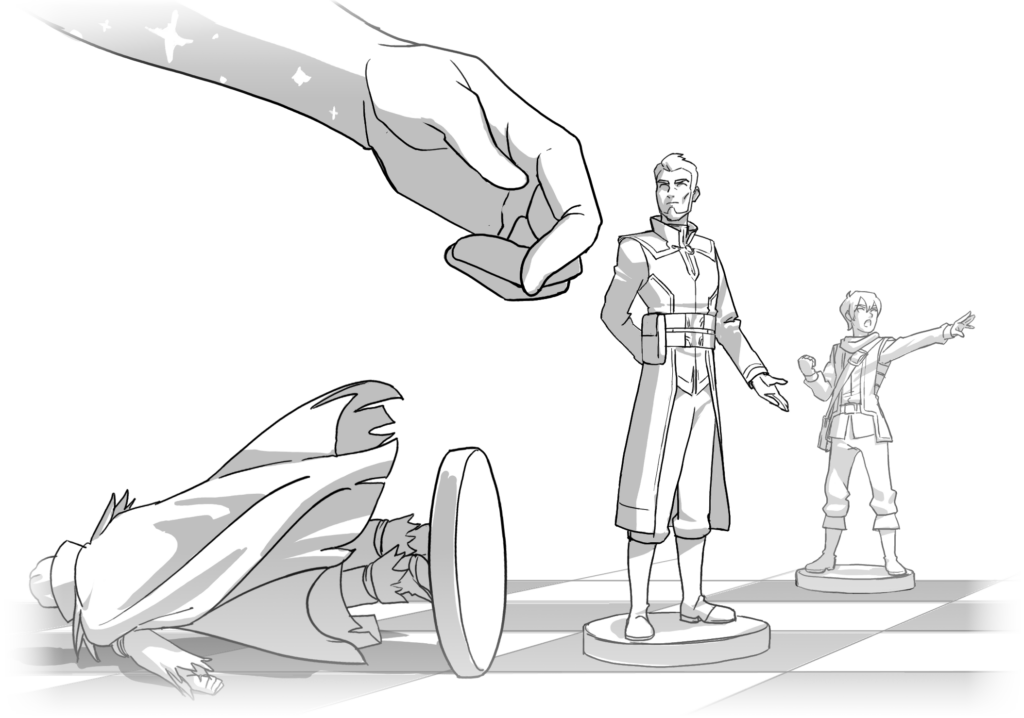