Thanks to our amazing fans, The Dragon Prince Original Graphic Novel Through The Moon made the New York Times Bestseller list! 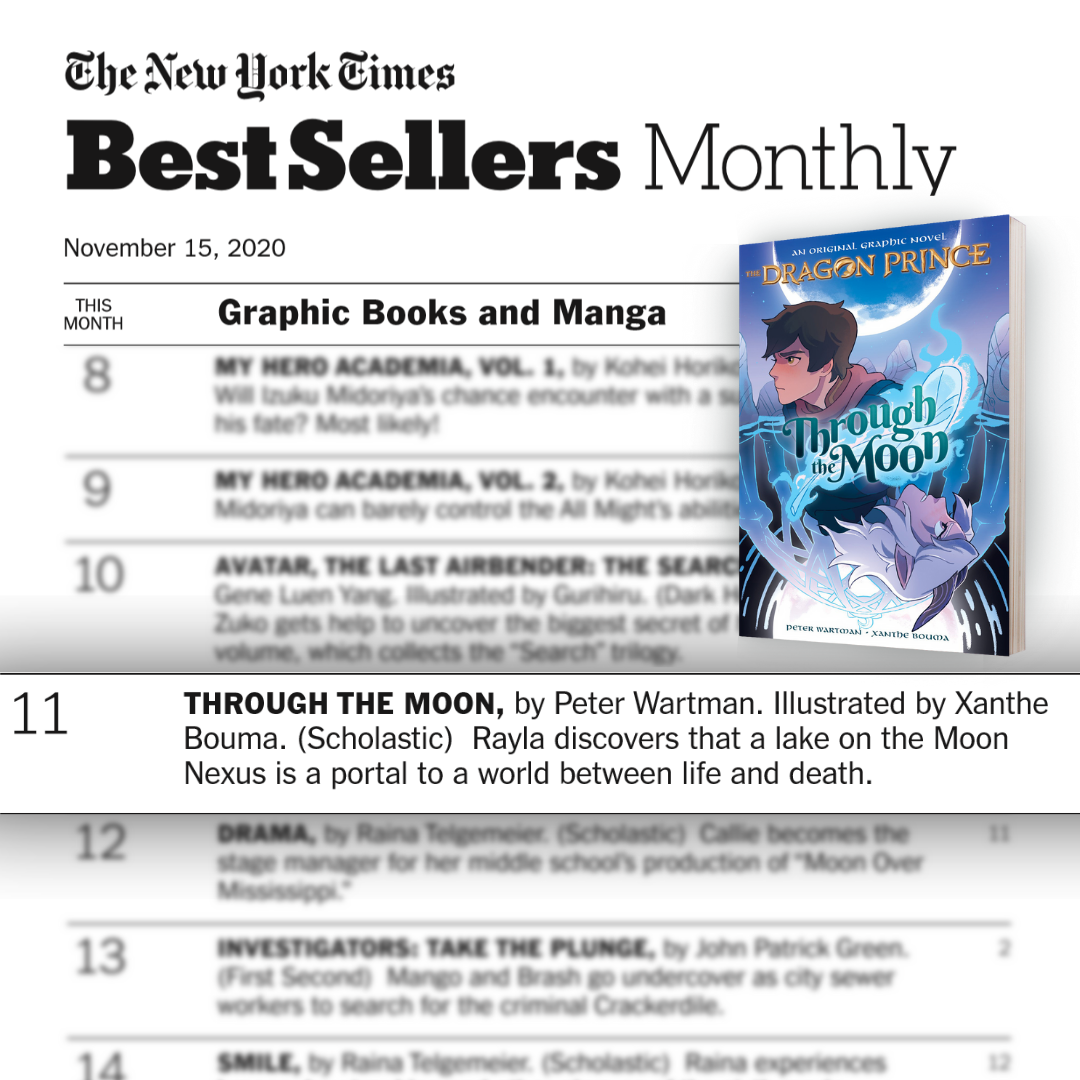 Critics praised both the writing and art, saying it was an excellent expansion to the TV series.

“Through the Moon offers a chance for fans to read another adventure with their favorite characters between the events of Seasons 3 and 4,” said Sam Stone in his review for CBR.com.
“A lightweight story yet completely within the world that Ehasz and Richmond have created, Through the Moon has the smaller-scale elements that have endeared The Dragon Prince to millions of fans worldwide as they wait for the animated series’ eventual return.”

Just before the book premiered, co-creators Aaron Ehasz and Justin Richmond went Live on Instagram, then joined Through The Moon writer Peter Wartman and illustrator Xanthe Bouma on Reddit to answer fan questions and discuss lore throughout the series and graphic novel alike. Fans asked about everything from the state of Lux Aurea to the inspiration behind primal symbols, and many answers can be read in full on the AMA thread.

Get your copy of Through The Moon here!