The Dragon Prince is Coming to Anime Los Angeles 2019

Get ready for a behind-the-scenes look into The Dragon Prince and a first-look at what’s to come! 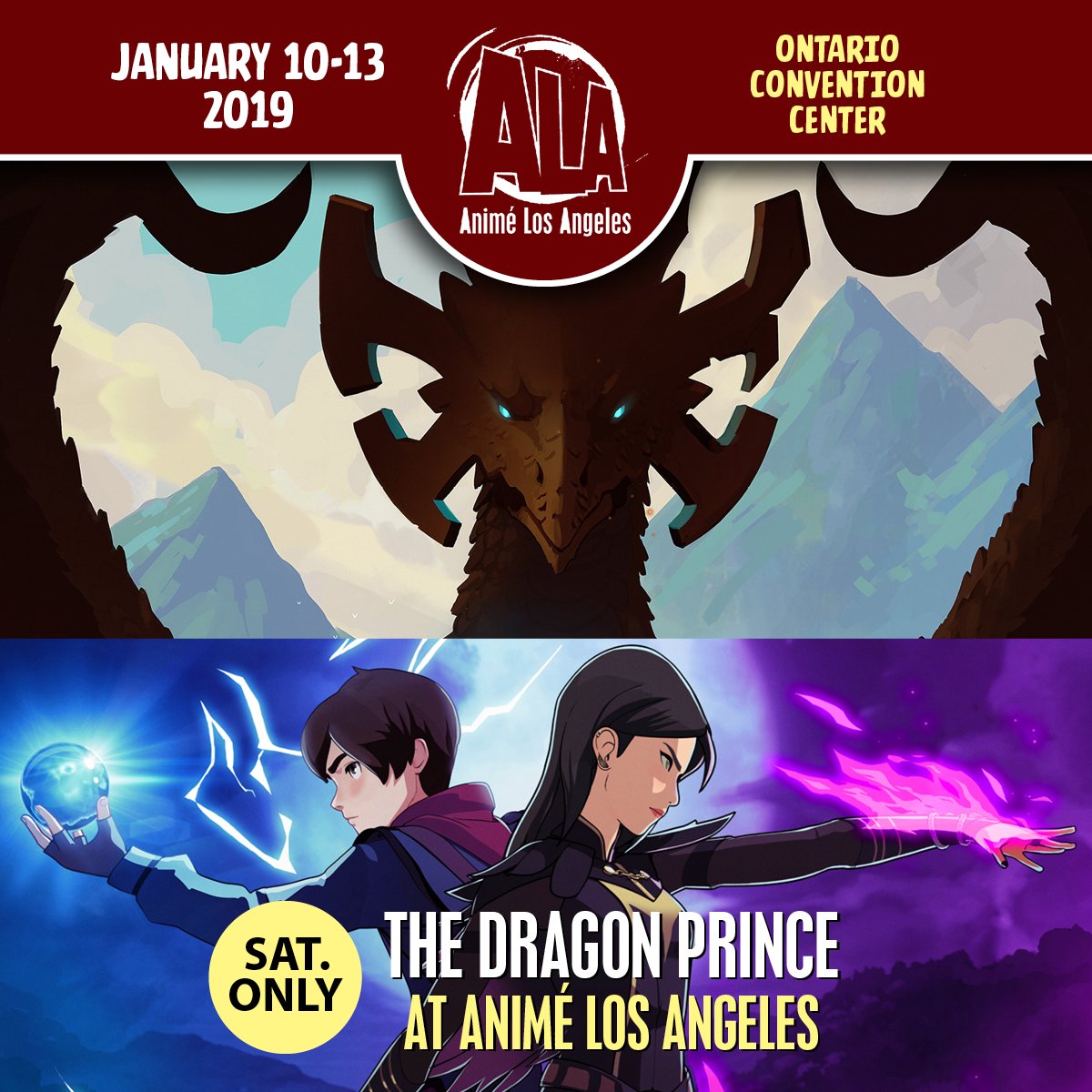 Join us at Anime Los Angeles Saturday, January 12th for TWO panels and an autograph session featuring the entire writing team, the voice of Callum himself, and the creators and Executive Producers of The Dragon Prince. We’ll have some special news to share and you’ll even get a behind-the-scenes look into what it’s like writing for a Netflix Original animated series!

11:15am-12:15pm – A Look Inside the Dragon Prince
Empire Ballroom (Located in the Ontario Doubletree, right next to the convention center)

The team behind the Netflix Original Series, The Dragon Prince, are here to give you an inside look into the show, talk about what’s to come, hold an in-depth Q&A and even give out exclusive prizes for trivia! Join Co-Creator Aaron Ehasz, Co-Creator Justin Richmond, Executive Producer Giancarlo Volpe, and the voice of Callum, Jack De Sena for a very magical  panel!

The writers of Netflix Original Series, The Dragon Prince, are here to talk about what it’s like writing for a binge-style animated show. Coming from various writing backgrounds and experience, you’ll learn all about how they got to where they are and even hear some never-before-revealed The Dragon Prince secrets straight from the Writer’s Room!