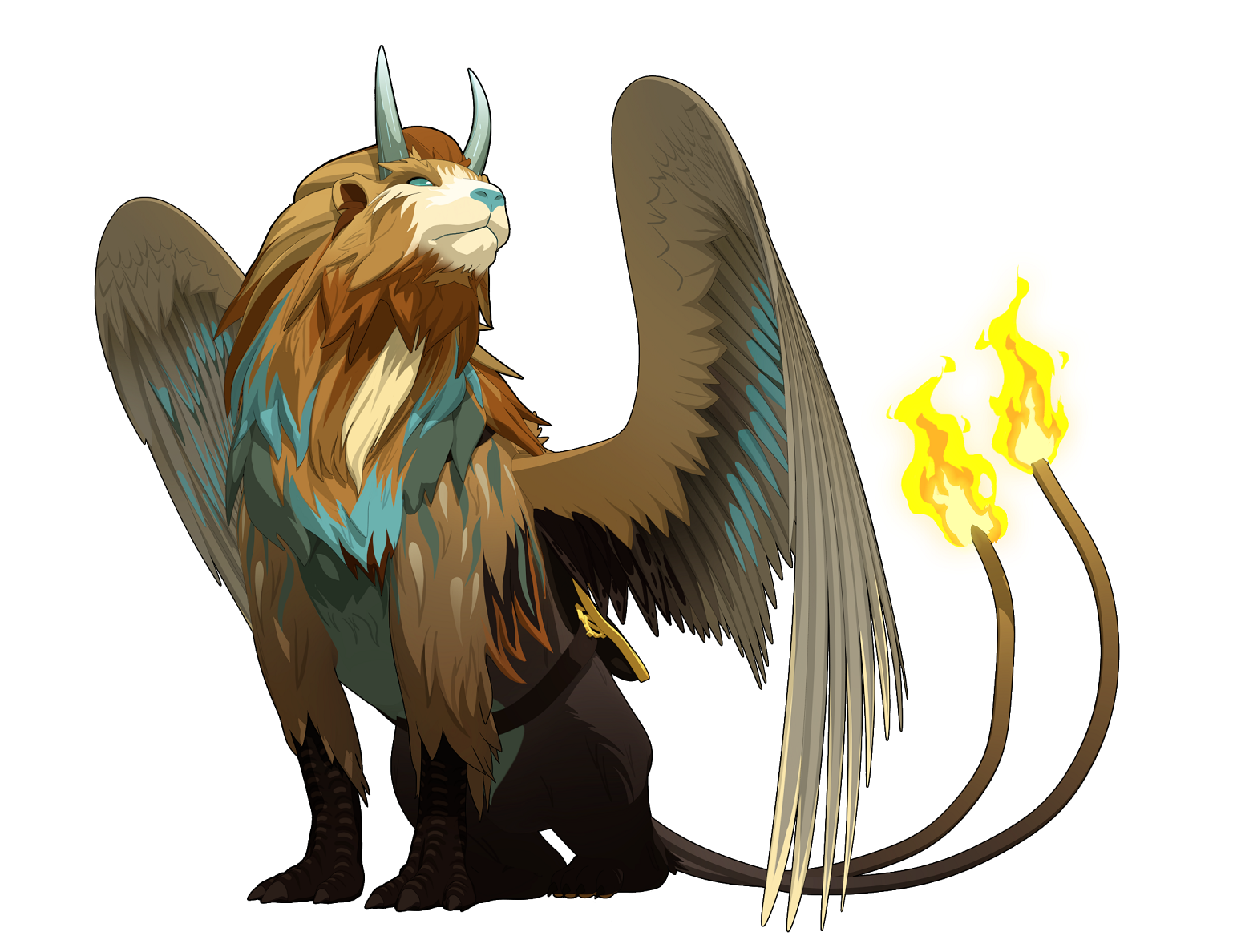 Keep your distance from this one, travelers — unless you believe yourself truly pure of heart.

The Twin-Tailed Inferno-Tooth Tiger (named by the Sunfire Elves, widely known for their lack of restraint and subtlety) is native to the warm grasslands to the west of Lux Aurea. Second only to dragons, it is the primary predator of the western Xadia. One of the only creatures of the Sun Primal Source to be gifted with wings, the inferno-tooth tiger can hunt by land and sky alike. 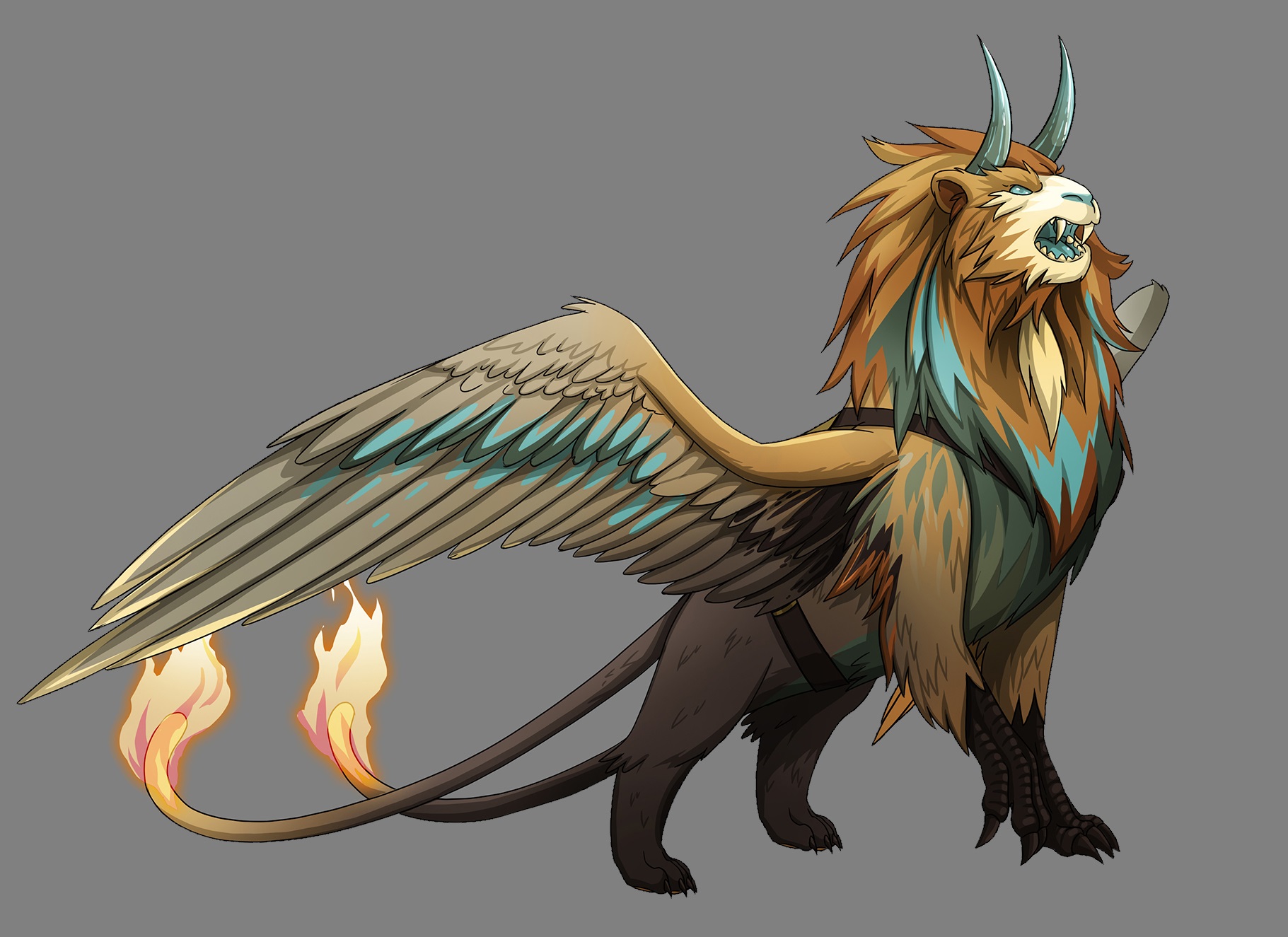 The Sunfire Elves have managed to domesticate a handful of these creatures, but raising and training them is highly dangerous and often unpredictable work. Inferno-tooth tigers have short tempers and very, very sharp teeth. Some “domesticated” cats have attacked and injured their riders after years of otherwise peaceful companionship. 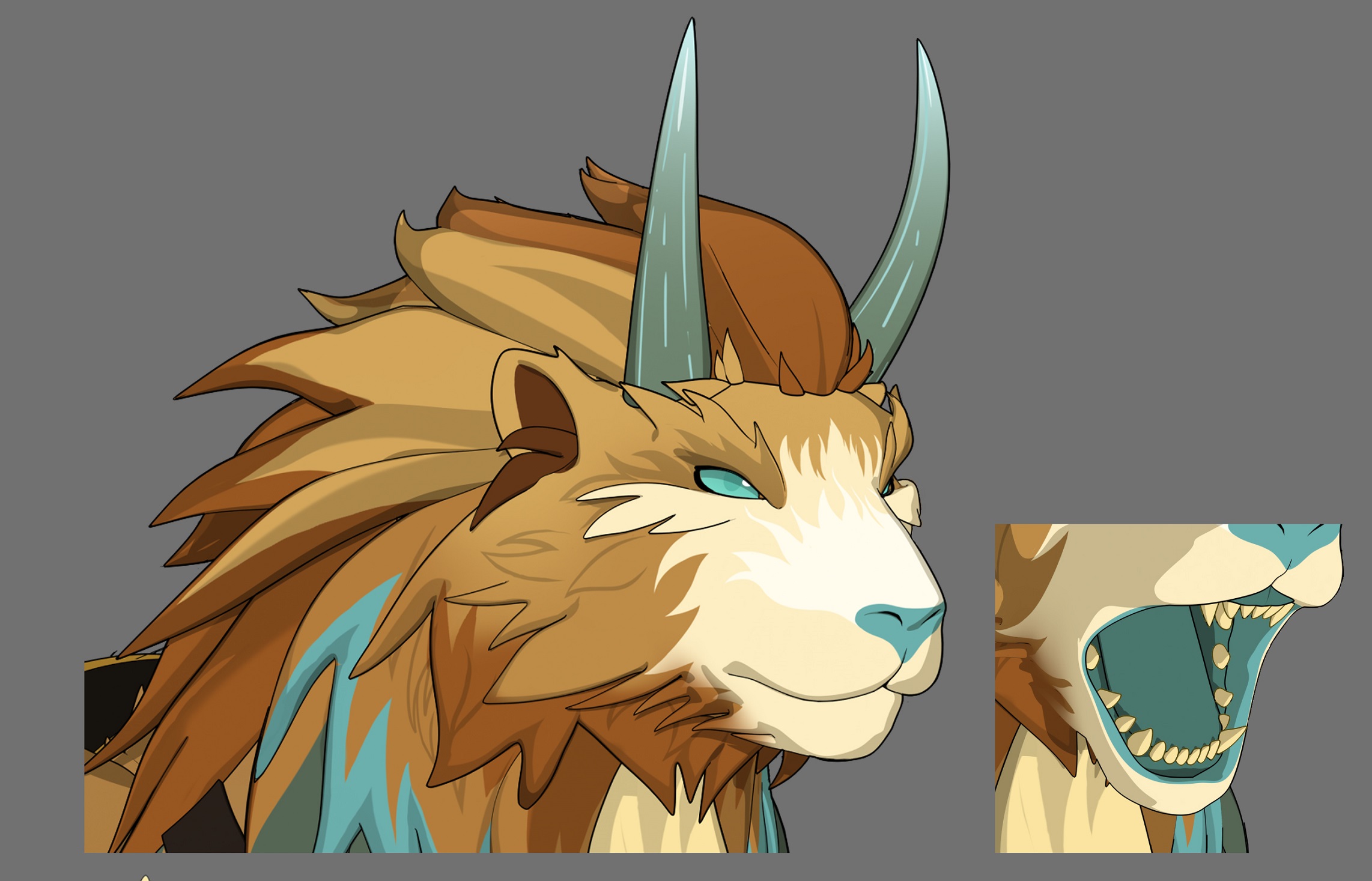 There’s a belief among some Sunfire Elves that the inferno-tooth tiger can sense the purity of one’s heart, like the light of the Sun itself. Believers say that the unpredictability of the cats’ temperament is not simple viciousness: instead, it is the tiger’s ability to sense evil thoughts causing it to lash out. Should a rider remain pure of heart, they claim, her tiger shall not bear its teeth to her. 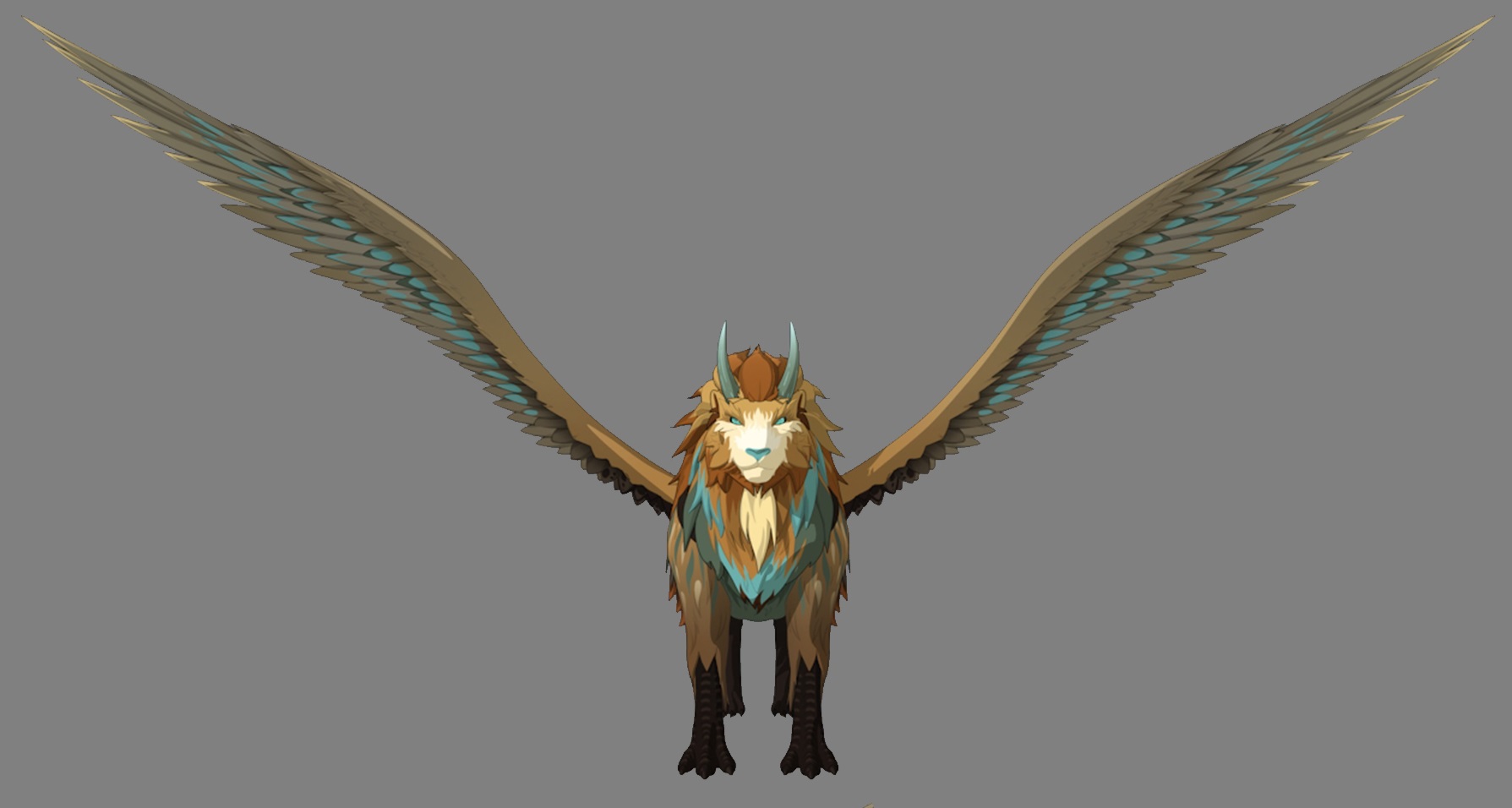 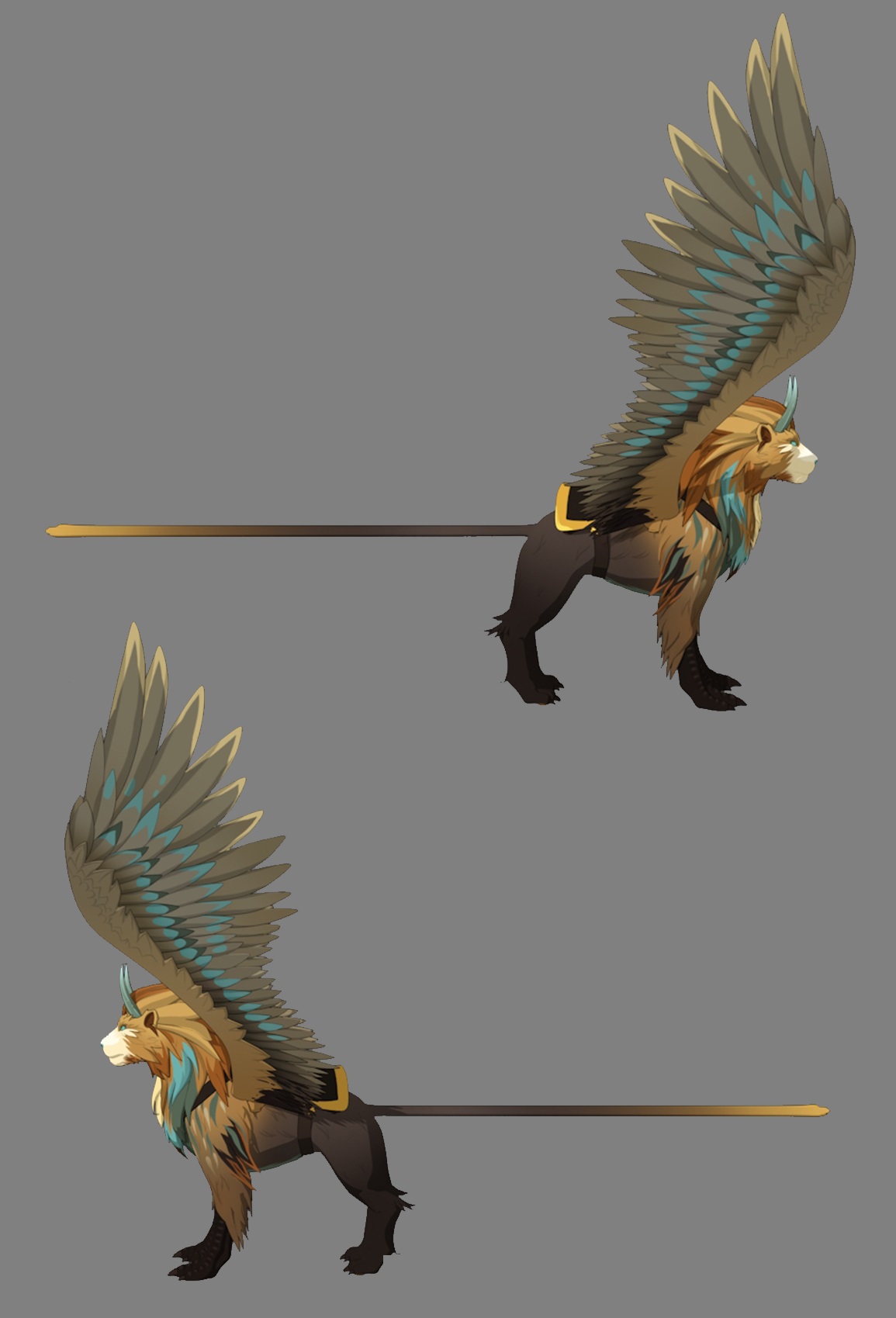 Despite the clear danger, experienced riders swear by the warmth and companionship of their inferno-tooth tigers. Some have even called them “cuddly.” Perhaps if your heart is pure enough to deserve cuddles, sure, but for most of us… well, best to play it safe. Right? 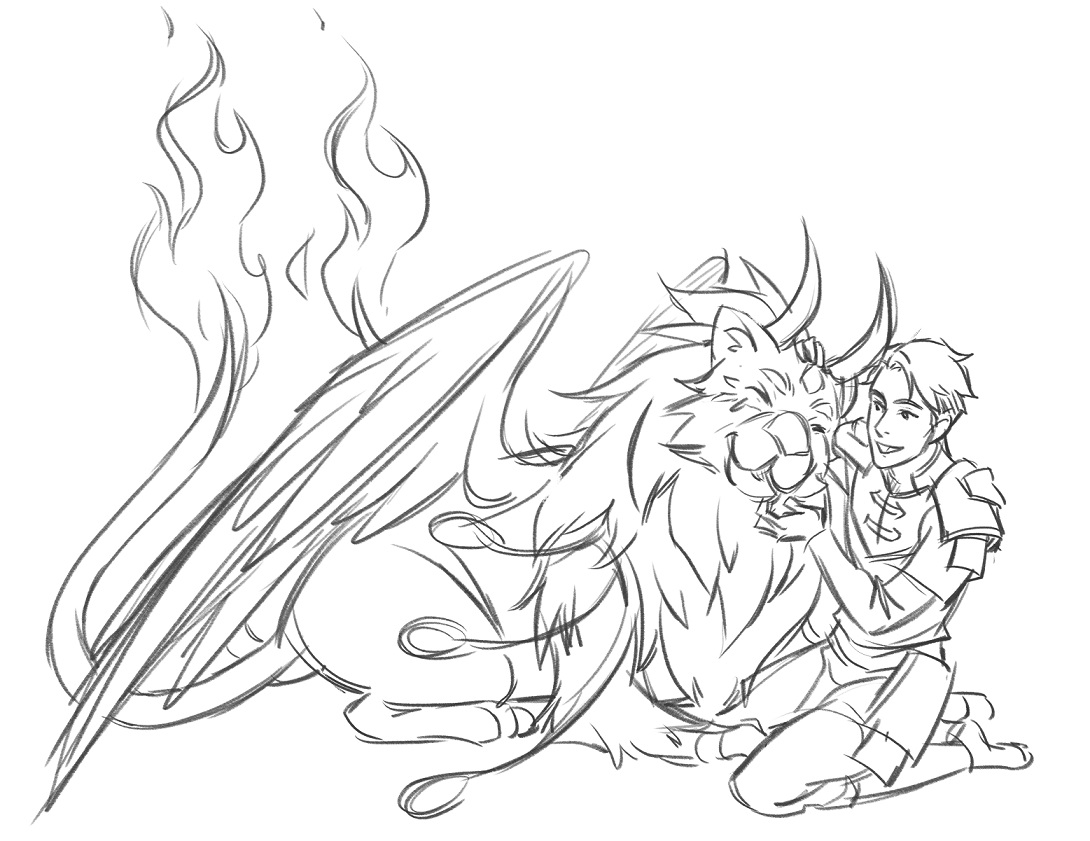